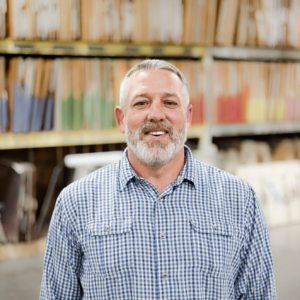 Terry Fischer has been in the print + manufacturing industry for 20 years as an operator of multiple machines and has spent the last 12 years of his career in a management capacity.

He spent four years in the Navy in the 90s and moved to Mankato shortly after. Outside of work, he loves spending time with his wife and 6 children, along with his first grandchild. He also enjoys hunting, ice fishing, cornhole, and cheering on the Chicago Cubs and Bears whenever he gets the chance.

Connect with Our Team